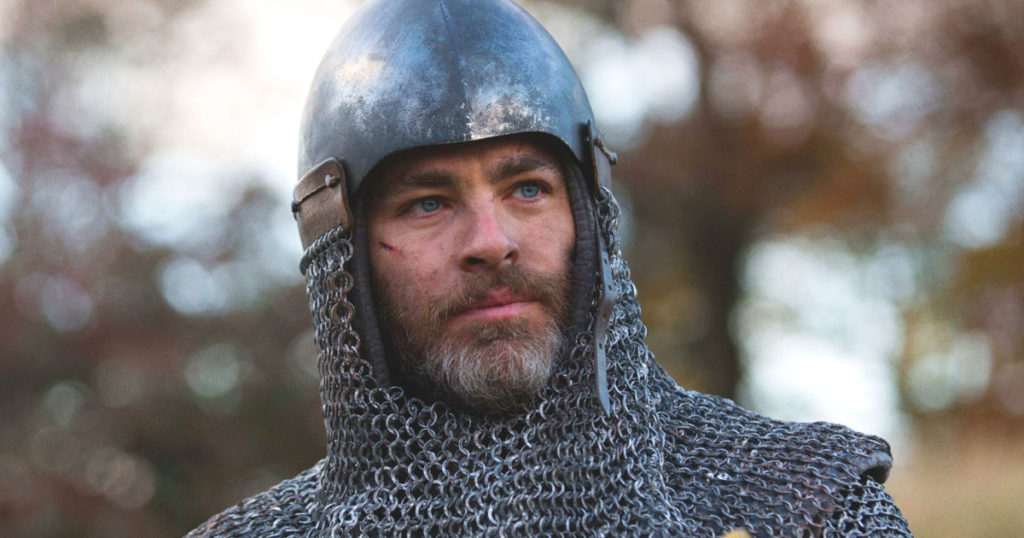 As unfair as it seems to compare Outlaw King to an unrelated film made nearly twenty-five years earlier, Braveheart’s presence looms heavily over the narrative. The story, mostly set in the immediate aftermath of William Wallace’s death, functions essentially as a sequel, continuing the First War of Scottish Independence. Rather than partition his film off from a previous Best Picture Winner, director David Mackenzie utilizes his viewer’s likely familiarity with the history to his advantage, crafting a narrative unburdened by needless exposition.

At its core, Braveheart was a story of hope in the face of brutal opposition, fighting for that freedom that should be bestowed on every human as a birthright. Outlaw King is far more grounded in the brutal reality of Robert the Bruce’s uphill battle. War is ugly. Guerilla warfare against a well-organized foe leads to a lot of casualties and heartbreak. There’s little romance to be found in constantly being on the run, hoping your enemy spares those who harbored your resistance for a night or two.

Chris Pine’s Robert the Bruce is not a particularly inspiring figure. He’s totally beleaguered under the weight of his sense of duty. His face is perpetually sullen, the grey in his beard conveying the losses he’s endured in the name of a fight few think he can win. His best moments are brought out in scenes with Florence Pugh, who anchors the film’s emotional core as Bruce’s wife/queen consort Elizabeth de Burgh, delivering a compelling performance that greatly raises the stakes of the personal conflict at hand.

Outlaw King spends very little time on the macro-politics of the era. The viewer is never really given a firm grasp of the underlying cause of the animosity between Robert the Bruce and King Edward I. Much of this seems to be the result of about twenty minutes of footage, which dove more into the history of the story, being cut from the film between earlier screenings and the version released on Netflix. The film assumes the viewer knows enough about war and oppression to follow along, resulting in a narrative that rarely stops to take a breath.

The two-hour runtime passes by in the blink of an eye. Mackenzie has a firm sense of pacing, injecting just enough plot development to buoy the film between action scenes, all of which are incredibly well-crafted. The supporting cast is largely under-developed, perhaps the product of the film’s shorter runtime, but Robert the Bruce’s companions make up for the charisma lacking in their leader. Aaron Taylor-Johnson and Tony Curran particularly stand out as Scottish commanders James Douglas and Angus MacDonald, making the most of the few scenes their characters are given to stretch their legs. echoua.com

I came away from Outlaw King incredibly impressed with Mackenzie’s directing. The film is meticulously well-crafted, always aware of when a scene has outstayed its welcome, while never allowing itself to be bogged down by a desire to explain the mechanics of war. It isn’t as good as Braveheart, but it knows its hero doesn’t possess the same heroic larger than life sense of grandeur as William Wallace. The film is an excellent companion to its cultural predecessor, giving Robert story a worthy adaptation of its own.